Sunni Reitmyer is a native to Pennsylvania and has been a nature lover for as long as she can remember. Her first experience in a cave was a visit to Penn’s Cave with her family in 1995. She has since visited other commercial caves in Pennsylvania, but it wasn’t until June 2012 that she was introduced to the world of caving with a trip to Norman Cave, WV, and subsequently, a trip to Casparis Cave, PA in July of 2012.

With a new found itch for caving, Sunni searched the interwebs on the subject, which ultimately led her to contact Kim Metzgar, who invited her on a beginner’s trip in Bear Cave, led by Tom Metzgar. Shortly after that, she attended her first Board meeting and became a member of the MAKC in Augst of 2012.

Since then Sunni has been in several caves, mostly in Pennsylvania, but her most memorable cave trip so far has been to Scott Hollow Cave, WV, with the Ohio Cavers and Climbers grotto. She has also tagged along on a handful of cave survey trips in Casparis Cave and Harlansburg Cave with the MAKC. She looks forward to developing and practicing her vertical caving skills in addition to becoming more involved in the caving community. She is also a NAUI certified SCUBA diver, and is a paralegal for MMI Intellectual Property in Erie. 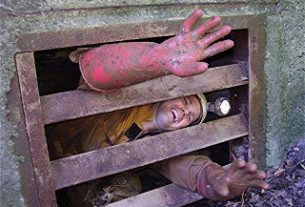 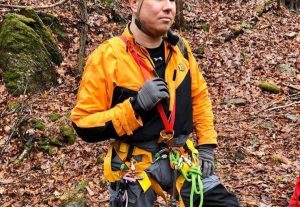