The Alexander Caverns sign was discovered in a barn near Milroy. It was obtained by Todd Karshner, who brought it to a MAR field meet at Rupert Cave. It was on sheet metal and was mounted on plywood.
There was no marking on the sign to indicate who painted it, or its age, but we estimated it to be circa 1947. A few months later, I was able to purchase the sign from Todd, who graciously delivered it to me in Schnecksville (it is just a bit too big to fit into a SUV).
The big question was whether to have it restored, or just leave it as it is. Since more than half of the paint was gone, I thought it was best to have it professionally restored. First I hammered out a lot of the bumps and creases in it, using a rubber mallet. This job took several hours over a few days. Mertz Signs in Germansville did an excellent job in restoring the sign to its former glory.
This sign might be the only one left to advertise Alexander Caverns, one of the finest caves in the commonwealth. 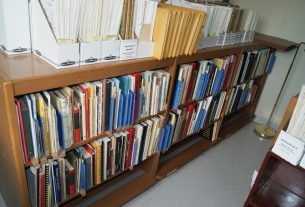