I had published serially our story of the fight to save Chestnut Ridge in this very newsletter over a period of time. I felt, for posterity’s sake that I should put it together in a book and in late spring/early summer I did just that. It is available in book format on amazon.com.

I described it thus:

In 1990, rumors started about a proposed limestone quarry that would affect hundreds, potentially thousands of acres on Chestnut Ridge in Westmoreland County, Pennsylvania. Two years later plans solidified. One person spoke up against big business, big money, big threats—and relatives. Many ridge lovers—who had each come to know the mountain in their own ways—joined the battle, a fight that did not truly end until 2003. Cavers used eastern woodrats, bats, and underground voids to slow down the machinery. Blairsville residents used water. The Chestnut Ridge Conservancy used plants and quarry dust studies. And the Hillside Community Association used decades-old deeds and pieces of paper in the fight. Their efforts led to the longest case ever brought before the Pennsylvania Environmental Hearing Board over a mining permit. It started with one voice. That voice was joined by many others in a chorus for the common good. All it took was the courage to speak up and the drive to never give up.

The link is http://www.amazon.com/One-Voice-Fight-Chestnut-Ridge/dp/1512325368/ref=sr_1_1?ie=UTF8&qid=1445910947&sr=8-1&keywords=opatka-metzgar,
If you don’t want to type in that big long string of characters, just search on Opatka-Metzgar. It is selling for $12.99 and I am donating a portion of the proceeds from each book sold to MAKC.
I have not yet done much publicity on it, but I did send it to the Sierra Club Allegheny Chapter, where it was reviewed in the Fall 2015 issue. The review is available online.
Not intending to fully review the review, I did want to clarify a few things in case some of our readers have seen it there. On the good side it received a full page with cover illustration. I really enjoyed and was amused by the closing paragraph:

“Reading this book is a slog. It is well written it goes on and on as Metzgar and her friends went on and on fighting their battle for years. For that reason it is instructive. Anyone who undertakes an environmental battle will discover that nothing is easy, and success is remote. Some take up an issue, and then tire. Only the strong and determined keep up the battle. Metzgar is one of those. Read the book at your peril. Decide whether you are in for the long haul.”

At the time I was compiling it I had to make a decision as to what to include and what not to. I agree wholeheartedly that it is very detailed. It does go on and on, emulating the battle. But the reviewer did hit the nail on the head, so to speak. “It is instructive.” That, my friends, is the reason I included the detail I did. I wanted to ensure future fighters, cavers or not, knew exactly what we did, and why we did it, what worked and what did not, to help people figure out what strategies to use and how to go about it. Granted, any opponent could also use it to figure out how to defend against a group such as us. So be it. I do have one clarification:The reviewer notes that the “Western Pennsylvania Conservancy, which had the financial wherewithal to purchase the property….” The WPC only purchased a small parcel, while the rest is in private hands. Thanks for reading. 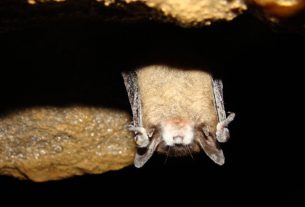 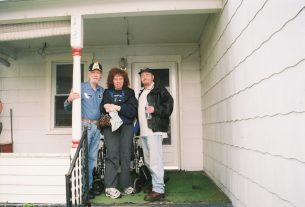