Jeff Jahn and I attended MudFest at Lincoln Caverns July 29 to August 2. We did not get a final attendance count, but believe there were over 150 attendees. There were cavers from New York, Philly, Baltimore-Washington, West Virginia, Ohio, and probably a couple other locations from which I did not catch license plates.

On Saturday morning, MAKC sponsored coffee and donuts as a fund raiser. We started at 7 a.m. which was probably an hour too early. We should have known cavers will roll out of their tents with little time to spare to make the planned cave trips, which started at 9 a.m. Business was brisk from a little after 8 a,n, until a bit after 9 a.m, then went pretty dead. So, note to self: next time do not start too early, and be prepared for a rush for the hour around when cavers are leaving for trips.

On Sunday morning the Pennsylvania Cave Conservancy sponsored a pancake breakfast. They were gracious enough to work out an arrangement where they would not serve coffee, and we not donuts. Therefore, we were both able to raise some funds that morning.
In all, we raised $135 from coffee sales, and gained Cave Hill Grotto as a new member. It was a well organized and good gathering of cavers. 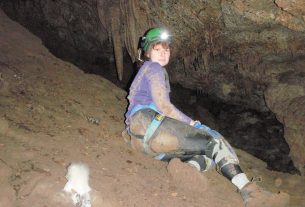 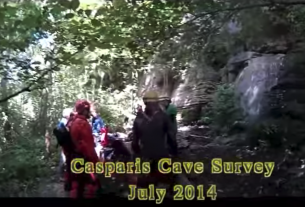 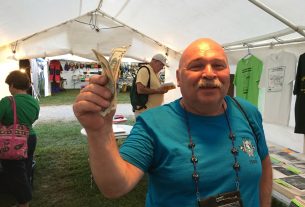