Cataloguing all of the books in the MAKC library was a challenge, a time-consuming challenge. If anyone has a specific research need, let us know.
I think periodically, as time permits, I’ll write a little bit in the newsletter about some of our books.

For fiction books and children’s books, we do permit lending to members. These aren’t the kinds of books one can spend an hour or two in the library and read.

For example James Michener’s Centennial mentions a cave. But no one would expect anyone to read a 1000-plus page novel in one sitting.

And most of the fiction novels are paperbacks. That means that if someone wants to borrow one, and pay for postage to either borrow it and also to return it—a two-month time period is reasonable—it won’t be that expensive. Don’t return it and your membership will be assessed for the replacement cost of the book. Return it and find something else interesting to read!

There are all kinds of fiction books, from the aforementioned Michener book to The Cave by Robert Penn Warren. The back cover blurb on that sounds like a modern-day Floyd Collins story:

“Loudspeakers blare on the hill. TV cameras grind away in a flood of spotlights. The air is tumultuous with shouts, song … and prayer.

“Jasper Herrick lies trapped in a cave. His struggles are reported to the nation by a ‘friend’ who crawls in after him to exploit the disaster, to cash in on the rescue attempt. And as the curious spectators gather outside in macabre fascination to await the young man’s deliverance—or death—each is driven with Jasper into the dark cave of his own self, to face the crisis he finds there.”

Some titles do not sound that inspiring: Tanar of Pellucidar by Edgar Rice Burroughs for example. such as Nevada Barr’s Blind Descent, which is set in Lechuguilla Cave. It was the fifth or sixth book in her Anna Pigeon park ranger series.

Most “formula” romance novels get to the first kiss on page 100. Take The Dragon’s Cave by Isobel Chace, page 100. Sure enough:

“His lips touched her face briefly and then clung to her lips. The tears welled up in her eyes and brimmed over, adding a salty flavor to the kiss.”
It goes on, of course.

Some books are so poorly written that I can’t help but take a peek, just for amusement purposes.

“I felt myself fighting something unknown—something hideous, like a half-being. Yet it was awkward, unbalanced, too. I could not undo the claws that wrenched at my throat from behind.”

Then there are fiction books written by real cavers, such as Where the Sun Don’t Shine by the late Fred Wefer, or The Cave With No Name by Larry Simpson, or The Almost Complete Eclectic Caver by Thom Engel.

We have currently devoted three bookcases in the downstairs office area that contain duplicate and triplicate books that are free to borrow to MAKC members. This also includes some WVASS publications and MAR Bulletins as well as the fiction and non-fiction cave books, such as Cave Minerals of the World, On Rope, and On Station.

The periodical collection is not yet completely catalogued, but it is more than two-thirds done. When that is done there will also be duplicate copies of periodicals available for loan. For instance, while we have Caves of Missouri, the book, in the lending library, we also will have duplicate Missouri Speleological Survey publications available for loan. These should be especially useful for those who are interesting in attending the 2015 NSS Convention in Waynesville, Missouri.

There were many duplicates in terms of “real” caving books. Duplicates and triplicates of field guides, cave science books, ARE available for loan.

Contact Tom Metzgar at loyalhanna@aol.com to discuss your library and/or research needs. 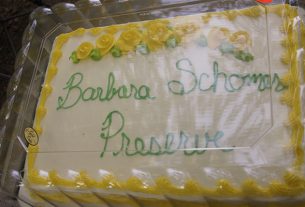 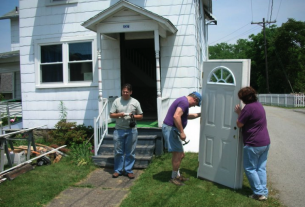