When cavers assisted researchers, the Department of Conservation and Natural Resources, and the Pennsylvania Game Commission at Barton Cave in March, we had an inkling that the cave might be reopened in 2011. However, much to our surprise, Greg Turner of the PGC told us that there had been a collapse in the Pittsburgh Passage during the course of the closure and their study. We were being called upon to try to reopen the Pittsburgh Passage blockage for several reasons:

1) The area of the cave that had been blocked by the collapse, just a few hundred feet from the Mail Slot, was a prime hibernation site for bats using the cave. Even though the cave experienced nearly 100 percent bat mortality due to White Nose Syndrome, the researchers had been attaching dataloggers to the bats to monitor arousal of infected bats, and they still hope to recover the dataloggers.

Trips have been made weekly in May, June and July, with a one-week break for those who were attending the NSS Convention in Colorado). Weekly updates were sent to the DCNR and PGC on our progress.

In June, Aura Stauffer, a biologist with the DCNR, drove out from Harrisburg to inspect our work. I was able to take a day off during the week to accompany her. Although we had provided her with photographs of the sinkhole collapse, it was her first opportunity to view it in person. She was able to take GPS coordinates of the collapse site, and provide those to a geologist from the DCNR who will be comparing a series of aerial and satellite photos of the region taken over a period of time to possibly help further investigate the cause of the collapse.

The amount of mud and debris that has been washed into the Pittsburgh Passage, which is more than 600 feet long and between 25 and 35 feet high in places, has been great. And thus far, on every weekly visit to the cave, we have yet to see the sinkhole empty of its seemingly endless supply of water.
Cavers have been working very hard to get the cave back open for general caving. However, ensuring that the cave is as safe as it can possibly be (without benefit of a geologic event such as development of this sinkhole, is a priority. But again, Mother Nature may have other ideas.As this is written, we envision one and possibly two more trips to determine whether the blockage can be bypassed. A detailed report on all of our activities, which are ongoing, will be included in the Fall 2011 issue of Karst Chronicle. 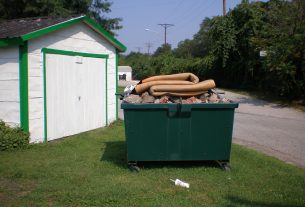