The Mid-Atlantic Karst Conservancy (MAKC) regrets to announce that the hibernating bats at its Hall Cave Preserve in Huntingdon County have become the latest population to be impacted by White Nose Syndrome (WNS). White Nose Syndrome is a fungus first noted in 2006 in upstate New York, and has been associated with the deaths of over 1,000,000 bats in the northeastern United States.

The syndrome was first observed in Mifflin County, Pennsylvania, in December 2008 and, until its discovery in Huntingdon County, has been limited to eleven sites in Bucks, Centre, Mifflin, Lackawanna and Luzerne counties.

Three members of the Board of Directors of the MAKC, which owns the 9.45 acre Hall Cave Preserve, entered the cave on January 23, 2010 to conduct an annual bat survey. Mike Kern of Somerset County, Mike Schirato of Nanty Glo, and Kerry Speelman of Harrisburg, all licensed professional geologists and long-time board members, have been monitoring the bat populations in MAKC preserves for the last several years. Hall Cave, a 380 foot long limestone cave, is a small hibernaculum, and was last entered on March 13, 2009, during a bat census. The cave, as well as all other MAKC preserves, was closed in April 2009 to allow researchers studying the syndrome time to more fully develop decontamination protocols and potential treatments for the fungus. At the time Hall Cave was closed, all bats appeared to be healthy and there was no sign of WNS.

“We geared up in new or decontaminated gear as done last year and hiked up to the cave entrance,” Speelman reported. “Upon arrival at hall cave we observed racoon tracks near the entrance but no flying or dead bats. We then entered the cave and within the freeze area we observed a cluster of little brown bats. Bats have not been observed in the freeze area in previous surveys.

“As we progressed through the cave, we counted approximately 1,800 bats (99 percent were little browns) with approximately 1 in 5 bats exhibiting signs of WNS,” he said. “This is a record number of bats ever counted in this cave. Typically bat counts in January show less than 200 bats and bat counts in March show a larger number as it appears the bats in passages too small for human observation migrate toward the entrance as spring arrives.
“We observed raccoon droppings and one dead bat which exhibited evidence of WNS,” Speelman said. “The bats appeared more active, flying or just moving around at their perch, than previous counts.”

During the visit the distinctive fungus that occurs around the muzzle of bats impacted with the syndrome was documented in photographs by Kern.

The MAKC was formed in 1997 for the study, preservation and conservation of caves and karst resources and the education of the public about such resources. It owns preserves in Pocahontas County, West Virginia, and Huntingdon County, Pa., and leases and manages more than 40 caves on over 5,000 acres of property in Cumberland, Lawrence, Huntingdon, and Westmoreland counties in Pennsylvania. The conservancy in 2009 announced the development of a cave and karst education center and library in Blairsville, Indiana County. The organization has a strong history in karst management, cave stewardship and working with the public and local, state and federal agencies with outreach education, including the Pennsylvania Game Commission and the Department of Conservation and Natural Resources. Its members have also done volunteer projects for show caves Laurel Caverns, near Uniontown; Lincoln Caverns and Whisper Rocks, near Huntingdon; and Crystal Cave near Kutztown, as well as with the Winnie Palmer Nature Reserve, Saint Vincent College, Latrobe.

MAKC’s library and cave and karst education center, scheduled to open in May of 2010, is an expansion of these efforts in creating a facility to expand public education and become a reference resource for the caving community.

“MAKC will continue to take a leadership role in allowing this preserve to be used for scientific research,” said Chairman John L. Long of Blairsville, “and to use MAKC’s resources to better coordinate information collection and become a clearinghouse for tracking and monitoring the latest developments on WNS, whether breakthroughs in research or assisting in the documentation and occurrence of WNS as its symptoms become known both locally and regionally.”

“There is much research ongoing in trying to determine the cause of and a cure for WNS,” said board member Jeff Jahn of Cross Junction, Virginia. “It is critical that factual information be communicated in a timely manner and to a wide range of outlets to keep everyone updated on the latest WNS development. Our goal will be to assist with that effort in any way possible.”

Other board members are Sue Moore (treasurer) and Phil Gowaty (vice chairman) of Cambridge Springs, near Erie, Carl Pierce (secretary) of Pittsburgh and Paul Damon, Jr., of Monroeville, Mark Lancaster of Huntingdon, and Kim Metzgar of Derry. Its website is www.karst.org. 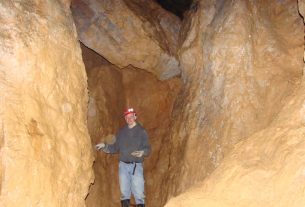