Prohibiting certain conduct with respect to caves; and imposing penalties.

This act shall be cited as the Cave Protection Act.

The General Assembly finds that caves are unusual geologic phenomena and that the minerals deposited therein may be rare and occur in unique forms of great beauty which are irreplaceable if destroyed. Also irreplaceable are the archeological resources in caves which are of great scientific and historic value. It is further found that the organisms which live in caves are unusual and limited in numbers, that many are rare and endangered species and that caves are a natural conduit for groundwater flow and are highly subject to water pollution, thus having far-reaching effects transcending man’s property boundaries. It is therefore declared to be the policy of the General Assembly and the intent of this act to protect these unique natural and cultural resources.

The following words and phrases when used in this act have the meanings given to them in this section unless the context clearly indicates otherwise:

“Cave.” Any naturally occurring void, cavity, recess or system of interconnecting passages beneath the surface of the earth or within a cliff or ledge, including, but not limited to, natural subsurface water and drainage systems, whether or not it has a natural entrance. The term does not include any mine, tunnel, aqueduct or other manmade excavation. The term includes, or is synonymous with, cavern, sinkhole, natural pit, grotto and rock shelter.

“Cave life.” Any life form which normally occurs in, uses, visits or inhabits any cave or subterranean water system, excepting those animals and species covered by any of the game laws of this Commonwealth.

“Commercial cave.” Any cave utilized by the owner for the purposes of exhibition to the general public wherein a fee is collected for entry.

“Gate.” Any structure or device located to limit or prohibit access or entry to any cave.

“Material.” All or any part of any archeological, paleontological, biological or historical item or artifact, including, but not limited to, any petroglyph, pictograph, basketry, human remains, tools, beads, pottery, projectile point or remains of historical mining activity or any other occupation, found in a cave.

“Owner.” A person who owns title to the land where the cave is located, including a person who owns title to a leasehold estate in such land, and specifically including the Commonwealth and any of its agencies, departments, boards, bureaus, commissions or authorities, as well as counties, municipalities and other political subdivisions of the Commonwealth.

“Police officer.” An individual authorized by law to make arrests for violations of the criminal law of this Commonwealth.

“Sinkhole.” A closed topographic depression or basin, generally draining underground, including, but not restricted to, a doline, uvala, blind valley or sink.

“Speleogen.” The surrounding natural material or bedrock in which a cave is formed, including clastic sediments, walls, floors and ceilings and similar related structural and geological components.

Police officers employed in this Commonwealth shall enforce the provisions of this act.

It shall be unlawful for any person, without the expressed written permission of the landowner, to:

(1) Willfully or knowingly break, break off, crack, carve upon, write, burn, mark upon, remove or in any manner destroy, disturb, mar or harm surfaces of any cave or any natural material which may be found therein, whether attached or broken, including speleothems, speleogens and sedimentary deposits.

(2) Break, force, tamper with or otherwise disturb a lock, gate, door or other obstruction designed to control or prevent access to any cave, even though entrance thereto may not be gained.

(3) Remove, deface or tamper with a sign stating that a cave is posted or citing provisions of this act.

(4) Store, dump, litter, dispose of or otherwise place any refuse, garbage, dead animal, sewage or toxic substance harmful to cave life or humans in any cave or sinkhole.

(5) Burn within any cave or sinkhole any material which produces any smoke or gas which is harmful to any organism in the cave. This paragraph shall specifically exempt acetylene gas emissions created by carbide lamps used as a source of light by persons using the cave.

(7) Remove, deface, tamper with or otherwise disturb any natural or cultural resources or material found within any cave.

(8) Disturb or alter in any way the natural condition of any cave.

(a) Summary offense. — A person who violates any provisions of this act commits a summary offense punishable by a fine of not less than $100 and more than $1,000 and, in default of the payment of such fine, to undergo imprisonment for not more than 30 days.

(a) Jurisdiction. — In addition to any other remedies provided in this act upon relation of any district attorney of any county affected or upon relation of the solicitor of any county or municipality affected, an action in equity may be brought in any court of competent jurisdiction for an injunction to restrain any and all violations of this act or to restrain a public nuisance.

(b) Concurrent remedies. — The penalties prescribed by this act shall be deemed concurrent, and the existence of or exercise of any remedy shall not prevent the Department of Environmental Resources from exercising any other remedy hereunder, at law or in equity.

This act shall take effect in 60 days. 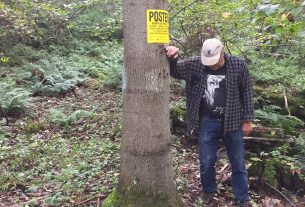 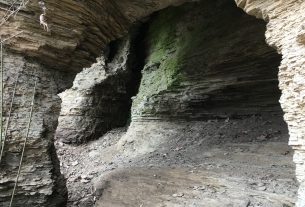 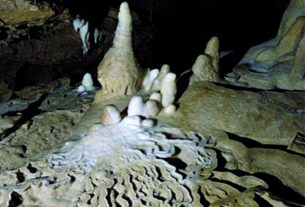