Fund raising for our Hall Cave Preserve slowed a bit since our initial efforts after acquiring the cave in October of 1998. Donations kept trickling in, but not at the enthusiastic pace at the outset of the acquisition.

Near the end of the summer, MAKC member Bruce Dunlavy steered a grant application our way from SHARE, Sandy Hollow Arts and Recreation for the Environment, a group which organizes an annual music festival and then donates some of the proceeds to environmental education and conservation-oriented groups.

In early November of 2000 Bruce called to let us know we had successfully petitioned for a $250 challenge grant, which meant we had to match the SHARE grant with donations in order to receive it. That was great because we still had 48 caves spots to fill ($1200 to raise.) We had financed our purchase with two $4,000 zero-percent interest loans from two of our board members. They were very patient about getting paid back, but we needed to eventually do that.

By January 10, 2001, we had received seven of the necessary ten surface spot pledges to match the grant. Then treasurer Tom Metzgar was pleasantly surprised one Friday morning when he swung by the P.O. Box on his way to work. California caver Don Dunn enclosed a letter and a $500 donation for the Hall Cave Preserve, not only allowing us to meet the challenge, but nearly paying off the preserve. By this time we were ready to do a final fund raising push — by the time Don made his donation there were only 7 spots left.

A quick e-mail to our many supporters asked them to forward a solicitation request to friends who might be interested in helping out. Paul Riggs of Dickinson College forwarded this to his friend Tucker Newberry in Virginia, who sponsored two spots. Within 24 hours we had donations from Chuck Snyder, John Pearson, and finally, from Paula Grgich and Dennis Melko to fill all of the sponsorships and conclude our fund raising efforts for our first cave preserve. Special thanks go to each and every donor. A final, color surface sponsorship map is included with this issue. Current members and supporters will also be invited to a thank-you party to be held in central Pennsylvania this summer. 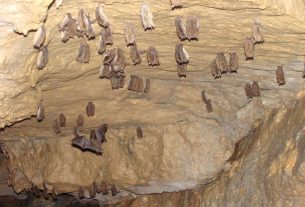 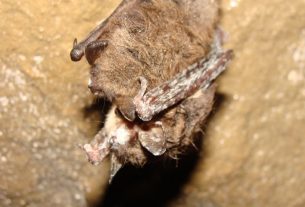