Dale R. Ibberson died on March 2, 2009, just a few days after hosing his MAR after-meeting party at his home in Harrisburg. I first met Dale at a Pennsylvania Cave Conservancy meeting in Northampton, PA, in the early 1980s. I had a small recipe box of cave postcards that Dale asked to look at. Dale told me which ones were valuable and which ones were junk. Over the next 25 years, Dale taught me everything there was to know about cave collecting and research.

Dale will always be remembered for his huge cave library of books, postcards, brochures, pennants, plates, carbide lamps, and ephemera. By any standard, his collection was wonderful. He obtained not one, but two runs of the old NSS News. He used his library to write articles about caves and cave history, and was always there to answer questions aabout speleology. One could always see when he became serious about a topic, as a file folder had expanded into a notebook. These notebooks on Pennsylvania caves such as Alexander and Seawra contains dozens of references that took him years to collect. Dale always was curious about the people associated with caves and did lots of genealogical work, spending countless hours at the State Library searching through old newspaper accounts on microfilm. Dale was the historian for the Old Timers Reunion and the Mid-Appalachian Region. A spare closet in his home contained dozens of OTR t-shirts, one of every type that he could find. In 1987, Dale produced the first catalog of Pennsylvania cave postcards, which described every known cave card in the commonwealth. For his work in spelean history, he was awarded the Peter M. Hauer award in 2000. More recently, Dale started collecting rare bottles from Harrisburg.

Dale helped map many caves in Pennsylvania with the York Grotto and his good friend Bernie Smeltzer. His only cave injury occurred on Thanksgiving weekend in 1995 when he broke his hop while surveying in Laurel Caverns, PA. His other favorite caving area was West Virginia, where he explored many caves. He was the chair for OTR in 1985 and 1986 (when we moved to our permanent location), and was a Robertson Association board member.

Dale was the York Grotto representative for the Pennsylvania Cave Conservancy. Since 1974, he fought to protect the Stony Creek Valley from intrusions by Fort Indiantown Gap. He served as treasurer for the Stony Creek Valley Coalition. With Judi Stack, he helped pass Pennsylvania’s cave protection and landowner liability acts. His last project was working on opening Red Church Cave, which has been closed to cavers for almost 25 years. This project had come full circle for him. He had helped map the cave in the early seventies, and also worked on the PCC gate it in the early eighties. Dale had no interest in going into the cave again. He just wanted the cave open for cavers and bats.

With his easy-going style and keen sense of humor, Dale was well known and respected across the country. His friends were both sport cavers and the more academic types. Dale had an arsenal of one-liners for cave trips, most of which can’t be put into print. (Where the hell are we going? East Bumf*** Egypt?) If we ever carve a Mount Rushmore of Pennsylvania speleology, we would see Ralph Stone, Charles Mohr, Bernie Smeltzer, and Dale Ibberson. For many of us, OTRs and MAR field meets will never be the same. Goodbye Dale.

Members of the caving community were saddened to hear of the death of Dale Ibberson, on Monday, March 2, two days after the spring MAR business meeting, which Dale attended, Dale was a founding member and Former Project Director of Central Pennsylvania Conservancy; Treasurer, Stony Creek Valley Coalition since 1974; former President, The Robertson Association; former President, York Grotto of the National Speleological Society; Board Member, the Hummelstown Area Historical Society and a Life Member, Mid-Atlantic Karst Conservancy. His caving projects and interests were many, and western Pennsylvania cavers got to know him well in the early 1990s when he and Jay Reich and other members of the York Grotto agreed to remap Bear Cave in Westmoreland County.

He was 62. Born on September 21, 1946 in Harrisburg, he was the son of the late Robert L. and Anna E. (Mikowychok) Ibberson. He was a graduate of Elizabethtown Area High School, Class of 1964; served in the United States Navy; and retired as a carpet salesman for the Carpet Den in Elizabethtown. He was a member of and served on the boards of many area service organizations. In addition to being a founding board member of the Central Pennsylvania Conservancy he was also involved with the Hummelstown Historical Society, National Speleological Society, Pennsylvania Cave Conservancy, Robertson Association, Save The Star Barn, Stony Creek Valley Coalition, York Grotto, and many more groups. He was also a member of the Beaver Camp hunting club. Dale was an Archivist and Historian for many organizations. He was known world wide for his knowledge and involvement in the science of Caving.

He is survived by his fiancée and life partner of 33 years, Judith A. Stack; son, Robert Blanton; daughters, Patricia Biddison, and Malissa Hoover; a brother, Michael G., husband of Kathy Ibberson; a sister, Mary A., wife of Donald Hill; 4 grandchildren; 4 nieces; 3 nephews; and 1 grand niece. In addition to his parents he was preceded in death by a son, Willis Blanton. 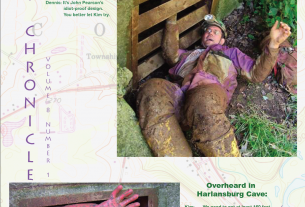 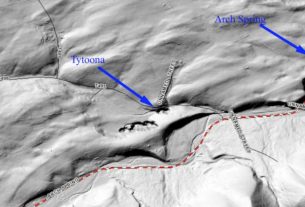