Skip to content
Home > Preserves > Bear Cave Preserve > Bear Cave Woodrat Narrative 2007-09
February 29By Joe Duchamp
During the summers of 2007 through 2009, faculty members and students at Indiana University of Pennsylvania have been studying the populations of Allegheny woodrats at the Bear Cave Natural Area and surrounding areas in Westmoreland County, Pa. In the vicinity of the Bear Cave area, they trapped six separate rocky areas including Bear Cave, Con Cave Quarry, Doyle’s Cave, and lower Trout Run. Overall the populations in these areas seem to be quite healthy, especially in comparison to declining populations seen in the eastern part of Pennsylvania. The population size across the areas studied was approximately 50 animals with a slight bias toward there being more females in those areas.

On a nightly basis the woodrats did not tend to move far from their densites. On average, adults usually stayed within 70 meters of their densites. However the first year woodrats tended to be more adventurous and typically were found about 150 meters from their densites. Many of the woorats were found to disperse to a new rocky habitat site. Although both adults and 1st year woodrats made these ventures, it was typically first year males that made the longest journeys. During the longest observed dispersal, a first year male traveled 3 km and seemed to travel across the top of Chestnut ridge from west to east.

During 2008, there was a very poor acorn crop. Acorns are often an important food source for woodrats to eat over the winter. Consequently adult survival during that winter dropped from approximately 60 to 70 percent to around 20 to 30 percent. During this time, 2 of the woodrat sites were supplementally fed a mixture of acorns and commercial feed. This feeding did not appear to help survival, but it did seem to help jump start breeding in early spring. Overall at the supplementally fed sites, females seemed to have their litters a few weeks earlier than those at other sites. This early start should allow for extra litters at these locations. With more new individuals, woodrats will hopefully experience a population rebound in the area and make a full recovery from the harsh winter experienced of 2008-09. 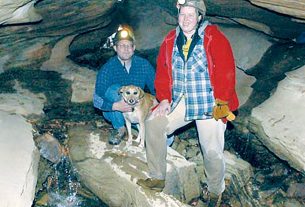 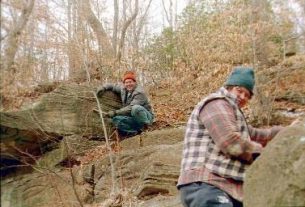 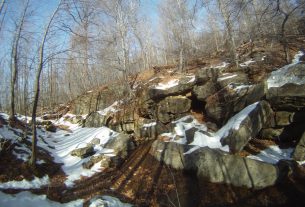