MAKC hasn’t bought or leased any caves lately. What gives? Occasionally, but not often, people will stop in our booth and ask that question. It’s not that they’re complaining, mind you. The questions are usually posed by members wanting to know what the next project they can support will be. It’s actually a very positive statement. People are anxious for us to buy or lease or manage a new cave. But it isn’t always easy to find the right fit. It’s like that old saying: “You have to be at the right place at the right time.”

Real estate isn’t inexpensive these days. And, for instance, some West Virginia caves come on big parcels of land, humongous farms of hundreds of acres. We’ve actually had our beady little eyes on several properties in that state; however, nothing has transpired just yet.

Without getting into details, this spring, Tom and I and Mike Schirato visited a large farm with a closed cave on it. It was a project suggested by John Nestor back when he was on the board (and before he moved to Seattle). John had visited with this landowner, made some contacts, but was told “nothing doing” by the owner. We later followed up with a letter to the owner. Still “nothing doing.” Not wanting to be a pest, we waited a few years to see if he’d changed his mind. So, while the three of us were on a West Virginia visit this spring, since a few years had elapsed, we stopped by again. The owner was very polite, but firm. Still, “nothing doing.” Three strikes is plenty for us, so that project is pretty much abandoned. However, by acting in a professional manner, started by John probably close to seven or eight years ago, a contact was made that ended up being positive, even though our answer was negative. By this, the owner said that he remembered talking to both John and Tom (on the phone). And that he had actually filed away Tom’s letter, “in case” he changed his mind.

We came away saddened because the owner wouldn’t consider leasing or selling the cave. However, we also came away feeling like we had given it a very good try, and also feeling that the owner was sincere when he said that he will contact us if he changes his mind.

At OTR, one of our members brought a caver friend into our booth. They told us that the owner of a popular West Virginia cave, who was an older person, may be selling her house, and asked if we would be interested in talking to her. Certainly, we said. Within a month we followed up on it. Without giving too many details, to protect the privacy of the owner, we knew that one of our members visited the cave quite frequently and had a very good rapport with the owner. We contacted him and he drove down for a visit, stayed several hours to chat, and drove back to the Pittsburgh area, all after work one evening.

Our friend confirmed that the owner was considering selling “a” property, but it was nowhere near the cave area. And that she might be selling some livestock, which she also calls “property.” But she had no plans to sell her home or the cave just yet. Our friend was disappointed that the cave wasn’t for sale, but glad to have a visit with his friend. We, too, were disappointed. But, we felt good knowing that we could report that we talked to her, found out the story, and through our friend, we will hopefully be able to keep up on the ownership situation at this cave.

Tom, who does a lot of research and has done extensive genealogy work, sometimes calls tracking down leads “negative research.” Sure, it means that we travelled down a dead-end street. But it also means it was a street we’d never been on before, and now we’ve seen it. We’ve been down that road, explored it to our satisfaction, and turned around. Even though we know where it goes, we may eventually take that turn again. We may eventually find it dead-ends again. But someday we may find out that instead of a cul-de-sac at the end, the road has been extended, and we can travel a little further down the road. Someday. 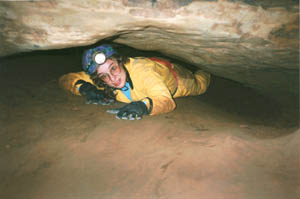 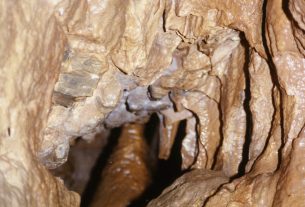 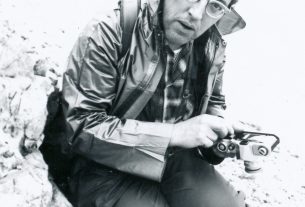