Tom and I had known that we were about to finally acquire Bear Cave since early in 2001. Finally, after ten years …. Our peace of mind was shattered by a piece of mail my mother received on April 24, 2001. The letter my mother received was from McGrath & Associates, P.C., a Greensburg law firm. It was a notice of sheriff’s sale of real estate to property surrounding Bear Cave. There were 400 acres. The debt was $400,000. The same notice was sent to an adjacent landowner who had wanted to start a limestone quarry but was defeated in a ten-year battle. The reason this was so critical is that in spite of all the legal arguments and environmental issues that we brought up during our quarry protest of a few years ago, the only reason the Environmental Hearing Board judge gave for disapproving the quarry permit was that the quarry people had no access. This could give it to them. The Western Pennsylvania Conservancy, based in Pittsburgh was able to acquire the piece. Since we had already compiled data on the area for our quarry protest, it actually took only a day for us to compile a three-page letter outlining the importance of this acquisition, and the properties adjoining it. One thing we did have going for us is that the property is adjacent to 1000+ acres owned by the state that the state had no access for. This property would provide the access. We mailed our letter April 25. Some of the highlights noted: All of this information regarding a quarry proposal which was defeated may seem insignificant now, if not for two facts:

1. Rulings were never made to defeat the quarry on all the environmental, air quality, water quality, species of concern arguments and presentations.
2. The quarry was defeated because there was no access.

Acquisition of the 400 acres of property now up for Sheriff’s Sale for slightly under $400,000 would:

1. Thwart any access attempts and help decrease the odds that a quarry operation at the crest of Chestnut Ridge is viable.
2. Protect part of one of the largest remaining roadless areas in Westmoreland County and on Chestnut Ridge.
3. Protect a threatened species, the eastern woodrat.
4. Protect an endangered plant, the thick-leaved meadow-rue.
5. Protect recently drilled backup water wells of the Blairsville Municipal Authority on the property up for sale.
6. Provide access and resolve property line disputes with the 1100 adjacent acres owned by the Commonwealth of Pennsylvania. With access and boundaries properly marked, this property can now become part of the Forbes State Forest and possibly be declared a natural area, with foot traffic access and availability for studies.
7. Protect the Shirey Run Watershed and the Torrance State Hospital water supply, and an exceptional value stream.
8. Protect a scenic viewshed highly visible from the Route 22 corridor.

On June 28, the Thursday before the Monday sheriff’s sale, the WPC acquired the property for $400,000.The property and the 1100 acres the state owns on adjoining lands will become State Forest Land. The designation of the parcels, such as a ‘wild area’ or ‘natural area’ may not be determined for a while, and the management plan will probably take some time to develop. The Western Pennsylvania Conservancy did not acquire Bear Cave, but did get lands on three sides of the cave tract. Tom and I own Bear Cave, and over 150 acres in four other parcels surrounded mainly by conservancy and state land which may be available to hikers on a limited basis as we develop a management plan for the property. For access information on Bear Cave contact us. It is open by permission only (e-mail kimmakc@aol.com )

Unfortunately, the WPC had agreed to allow the previous owner to log the property, and that will take place through the end of 2001.

Anyway, in a nutshell, that is the lay of the land and what has taken place so far. There is still more work to be done in protecting adjoining areas, especially and primarily the Blairsville Watershed. But with one large chunk of land protected, it doesn’t seem like so large a task now. Persons interested in volunteering to help on projects in the area should contact Tom and I at kimmakc@aol.com.

Note: Since that time the WPC property has become part of the Forbes State Forest, and is slowly recovering from the clearcut. 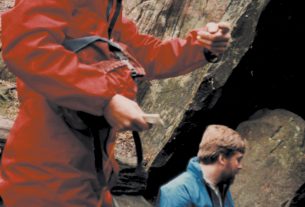 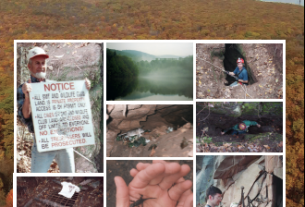 One Voice In Book Format 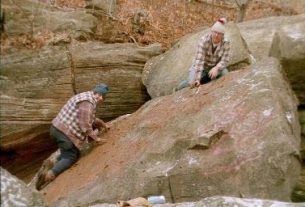