In 1999, after careful consideration of six caves in two states, the Mid-Atlantic Karst Conservancy, Inc. was authorized by its Board of Directors to sign a two-year option to purchase Billy Clay Pit, a little visited cave in Pocahontas County, West Virginia. Billy Clay Pit has been essentially closed to visitation by cavers for many years, although in the past if someone knew the owner a limited number of trips could be made.

Doug Medville documented Billy Clay Pit as a half-mile long cave in 1976 and noted a few leads were left unchecked. The recent efforts by Pittsburgh Grotto have documented nearly a mile of passage in this multi-drop, sporting cave, with a few leads left to survey. The Pittsburgh Grotto surveyors found several areas that were not included on the old map, primarily because Doug mapped this in a single day during field work for a WVASS bulletin.

Our management plan for the property, approved by the MAKC board in November of 1999, satisfies the developer’s concerns, allows visitation by cavers, limits the traffic to the cave while allowing visitation, and protects the cave via a permit system, which has been implemented. 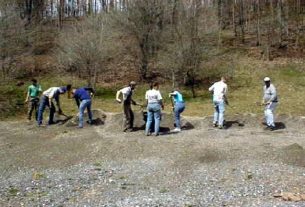 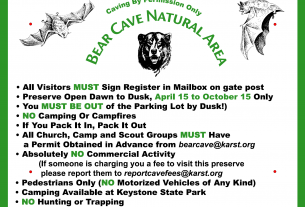