Tom Metzgar lives in Washington Township, Westmoreland County, where his Scotch-Irish and Germanic ancestors settled during the 1770s.

After graduating from Penn State in 1981, Tom returned to his native county where he lived for awhile on the farm formerly owned and operated by his schoolteacher parents. He supervises PPG Industries’ Corporate Emergency Response Center and the Loss Prevention Associates at PPG’s Allison Park Coatings and Resins Research Center. During 4-H outings of the early 1970s, Tom became captivated by the Chestnut Ridge caves of the Hillside area of Derry Township. Fortuitously, years later, he would become enamored of a Hillside caver, Kim Opatka-Metzgar, who became his wife in 1994.

A long-time Pittsburgh Grotto member, Tom is a founding member of the Loyalhanna Grotto. He formerly edited the grotto newsletter and has held every office except chairperson.

Tom has caved in many parts of the United States, but concentrates on his native Keystone State. His ideal caving trip consists of bushwhacking into the remote greenbrier-infested flanks of Chestnut Ridge, sweating out a gallon of perspiration while digging at a sinkhole, breaking through to virgin cave, and documenting the discovery for publication. He reads voraciously, often mentally transporting himself back in time. He regularly adds books, maps, periodicals, photographs, postcards and documents to his extensive collection, specializing in Pennsylvania topics. Tom is best known in his community as a local historian and genealogist, and has written extensively for local publications. He has volunteered as a board member and officer of numerous historical and conservation organizations. He recently resigned from nearly all of them in order to concentrate on writing. 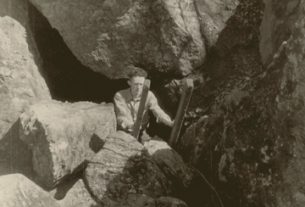 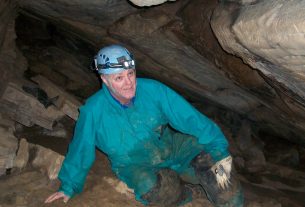